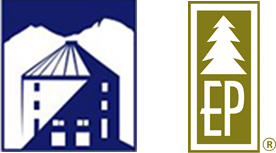 The Town of Estes Park Events Department is excited to announce the second annual Rocky Mountain Craft Spirits Competition! This year’s competition will be restricted to whiskeys in seven classes: bourbon, rye, wheat, malt, corn, light, and specialty. This will be a blind competition using the International Whiskey Competition Rubric.
See the 2020 Results Here
Dates
​The dates for bottle submission are September 13 - October 1. No bottles or entries will be accepted after October 1, 2021. Judging will take place the week of October 4 - 8. Awards will be presented at the Rocky Mountain Craft Spirits Festival on October 23, 2021.

What constitutes a craft distillery?
The American Craft Spirits Association definition of a craft distillery is the definition used to determine if Colorado distilleries may enter this competition:
"A 'craft distillery' is a distillery that produces fewer than 750,000 gallons per year; is independently owned and operated (with a greater than 75% equity stake, plus operational control); and is transparent regarding its ingredients, its distilling and bottling location, its distilling and bottling process, and its aging process.”

Awards
Judges
​There will be five judges who come from the worlds of restaurant management, culinary chefs, educators, wine sommeliers, spirit collectors, and beverage professionals. The judges will not be associated, in any way, with products entered in the competition. 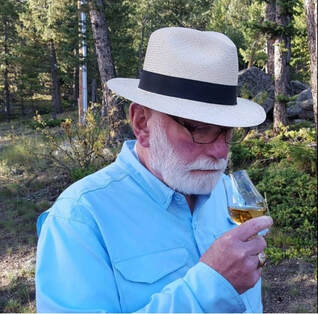 Howell has had a lifelong love of fine spirits and cocktails. Dr. Wright considers himself a student of all things related to distilled spirits. He is a certified Executive Bourbon Steward and a certified Whiskey Ambassador. Howell is also the co-author of the book titled, Whiskey and Other Distilled Spirits in Colorado, New Mexico & Wyoming. He has given many presentations on distilled spirit topics, written several articles about distilled spirits for blogs and newspapers, and managed multiple distilled spirit events. This year he was privileged to be the Guest Judge at the 2020 International Whiskey Competition. Howell and his wife, J’Ann, live in Estes Park, Colorado and have taken leadership roles in the production of successful Western art shows and the management of the national award winning Rooftop Rodeo. 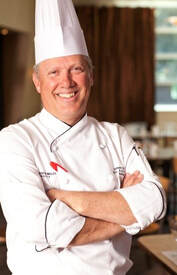 Chef Robert N. Corey, MBA, AOS, CEC, EWS
SEASONED – An American Bistro
​
Chef Corey began his food career in 1974. He was 15 years old when he walked into Pleasant Valley Country Club in Sutton, Massachusetts and has never looked back. After working summers, and during school, in all phases of front-of-the-house and kitchen positions he graduated from the University of Northern Colorado with a bachelor’s degree in Anthropology and Geography. A short time later he completed a two-year Chef & Managerial Apprenticeship with Fred Harvey, Co. & Grand Canyon National Park Lodges in Grand Canyon, AZ. From there he attended the Culinary Institute of America in Hyde Park, NY and, later, the CIA in St. Helena, CA. He holds a Masters of Business Administration (MBA), with an emphasis in Hospitality & Operations, from Johnson & Wales University.

As an award-winning Chef, he has owned and led a variety of restaurants, hotels, inns, corporate dining, and catering operations. For twelve years he was on the faculty of the Art Institute of Colorado and then Johnson & Wales University teaching culinary arts. Chef Corey says he has been fortunate to have worked under fourteen Michelin stars across the Americas. He has worked and traveled extensively in Arizona, Colorado, California, New York City, Mexico & Brazil, to research, develop and open restaurants - totaling twenty-five as of this writing, with more on the way. He has worked with, and for, some of the most distinguished chefs in the world, namely: Richard Sandoval of the Richard Sandoval Restaurant Group; Thomas Keller at The French Laundry; Daniel Boulud of Restaurant Daniel; Wylie Dufresne at WD-50; Eric Ripert with Le Bernardin; Enrique Olvera at Pujol in Mexico City; Lachlan McKinnon-Patterson at Frasca Food & Wine in Boulder; Chris Young of The Fat Duck (as well as ChefSteps and Modernist Cuisine); and Alex Atala with D.O.M. in Sao Paulo, Brazil.

Chef grew up as a French-trained Chef so his specialties are Classical French Cuisine, New World Cuisines, and Modern Contemporary/Cutting Edge Cooking. He has learned a focused scientific understanding of food, method, and technique. His experiences enable a deeper understanding of cooking for his restaurants, businesses, and consulting needs. He writes about the food business and cooking in general, to students, novices and professionals who are passionate about their future in the kitchens of the world in TheNeedtoFeed@blogspot.com.
Currently he is working on a series of books about his culinary life and personal recipe for success. Chef Corey is a Certified Executive Chef, an Executive Wine Steward, the owner of The French Manner, 12Seasons Personal Chef & Sommelier Services and MISE EN PLACE CONSULTING. Finally, he is the working Chef & Co-Owner, with his wife JoAnne, of ‘SEASONED – An American Bistro’ in Estes Park, CO. Look for their newest concept, ‘Stella’s’ also in Estes Park, in April of 2021. 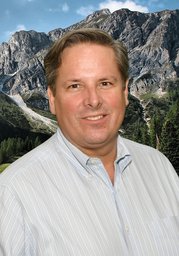 Events Specialist Rob Hinkle delivers over 25 years of in-depth knowledge, experience and success in the special events and equestrian sports industry that is second to none.
Having a reputation for high performance, Rob has originated, created, executed and generated new events, as well as revived, refreshed, upgraded and overhauled existing events to become more profitable, valuable and advantageous.

Like most young men, Rob’s enthusiasm for spirits began many years ago while attending college. However, located in Kentucky he had a superior training ground that allowed him to tour distilleries long before it was fashionable. He was tasting, discovering, making notes, gathering information, and forming a palette that would lead him to become a connoisseur of bourbon, as well as a behind-the-scenes champion/proponent for the spirits industries.

Fast forward, he would utilize this passion to bring together sponsorships that were highly successful for both event and sponsor. Brands he has worked with include: Makers Mark, Four Roses, Woodford Reserve, and Blanton’s , Veuve Clicquot Champagne, Three Amigos Tequila, Lexington Brewing and Distilling Company and more. A few of the larger ventures included:
Deeply rooted in community, Rob’s involvement in Estes Park has been one of dedication and building relationships.  He continues the tradition and is an integral part of Whiskey Warm-Up, as well as developing the Rocky Mountain Spirits Festival, and the Wine & Chocolate Festival. And should you desire to tour the bourbon distilleries of Kentucky, he has been known to provide distillery tours for VIPs. 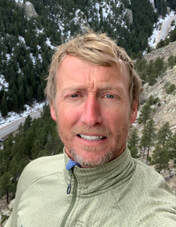 John Witmer began his restaurant experience in 1995 as a line cook. Slowly, he worked through the ranks of the kitchen and eventually made his way to the front-of-house positions. This is where he began his love of wine and the desire to learn more. In 2007, John started Sommelier Certifications through the Culinary Institute of America in Orlando, Florida. Since that time, he has worked at many top-end restaurants and resorts around the country, learning and applying his trade as a wine expert. Eventually, John landed in Estes Park where he was manager and sommelier of The Cascades Restaurant at the Stanley Hotel. With its renown whiskey program, he was able to expand his knowledge and taste for the world's best whiskeys. In 2017, John and his partners opened Bird and Jim Restaurant in Estes Park, which focuses on an extensive whisky and cocktail program. Today, Bird and Jim is a successful restaurant in Estes Park that continues to showcase spirits and wine from around the world, and the owners are very proud of what they have been able to accomplish. In the last few years, John has continued his sommelier studies through the Court of Master Sommeliers, acquiring the rank of Certified Sommelier and working towards Advanced Sommelier. 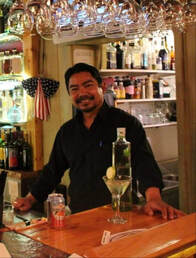 ​Bishwa Bir Lama has worked in the hospitality industry since 2004. He has worked in several high end restaurants while learning all phases of the food and beverage business. His studies at the University of Colorado-Denver, majoring in Information Systems Management, helped prepare him for the challenges of restaurant management. In 2015, Bishwa was able to bring his knowledge and experiences to together in a way that allowed him to purchase an established Estes Park restaurant – Hunters Chop House. His vision for improving on “Hunters” reputation was to create a place where families could come and enjoy truly great food at reasonable prices.  In the last five years he has been able to accomplish this vision in a highly successful manner.
​
Bishwa has a passion for fine wine and whiskey. He has built a significant collection of both wine and spirits but his collecting instinct goes more toward whiskey. To this end he has sponsored a winter whiskey tasting series, celebrated International Whiskey Day at his restaurant and promoted numerous other whiskey events. He has said “My prime objective is to help people understand and appreciate fine whiskey.” He is constantly working to improve his own knowledge about the whiskey industry and to improve his personal ability to enjoy the aroma and taste of whiskey. To this end he has become a certified Whiskey Ambassador.